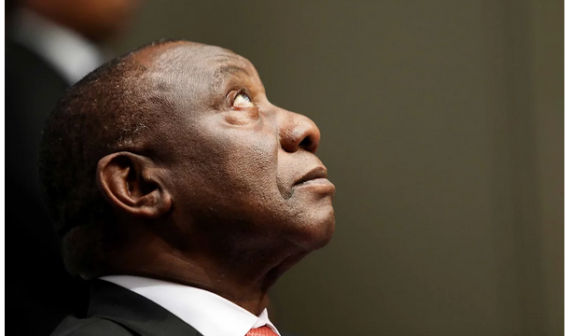 Here’s what we know:

These South Africans may qualify for ‘debt extinguishing’:

While not confirmed yet, it’s assumed that the R7,500 will be gross income – your salary or total income, and not what you get out after deductions.

People who are sequestrated or subject to an administration order won’t be considered.

You will have to apply – and there’s a deadline

The debts won’t be automatically written off – you will have to apply to the National Credit Regulator (NCR), who will decide whether your situation is desperate enough.

There will be a window of four years to apply from when the bill takes effect.

How the process will work

The exact details still need to be finalised, but this was how government outlined the proposed process last year:

After applying with the NCR, its “debt intervention officers” will consider your case, and inform your creditors and credit bureaus that you have applied.

The NCR will go through your finances to determine if you are over-indebted, and whether some of your creditors were “reckless” in extending debt to you. (This means that they shouldn’t have granted you a loan that you couldn’t afford at the time.) The NCR will take action against offending creditors. But even if you weren’t the victim of reckless lending, you will still be considered for debt relief.

The NCR will also provide you with some financial education.

Then, the NCR will determine whether you are able to pay off your debts within five years. If they find that you are in a position to settle your debts, your application will be rejected.

If it’s determined that you won’t be able to settle it without intervention, all or some of your debt repayments may be suspended for up to a year.

Eight months later, the NCR will take another look at your finances. If you are then able to repay your debts within five years, the tribunal will consider rearranging your debts (lowering interest or extending loan periods). If you’re still not in a position to pay off your debts, you may get another twelve repayment-free months. If after another eight months, the NCR find that you still can’t pay off your debts, your debts may be written off – all of it, or a part of it.

What happens after your debts are written off?

You won’t be able to apply for credit for up to a year.

Your credit record will probably reflect the information that your debts were extinguished, says Sager. This may affect your ability to get credit in the future.

“There is a clear need to help overburdened low-income people with a sustainable solution,” says Sager. He is, however, concerned that the new bill does not address the real reasons why people are over-indebted. A lot of this has to do with the lack of financial education among South Africans.

“Based on our experience of more than 10 years of helping thousands of South Africans [in this low-income bracket] get out of debt, the most difficult part is the ‘active’ counselling of debt counselling, and this aspect should not be overlooked.”

The new measures may therefore not prevent low-income households from ending up over-indebted within a couple of months again – with credit from illegal lenders, who may be the only ones willing to extend loans to them.

After all, the banks have warned that writing off debts – which could cost them up to R20 billion, according to some estimates – will discourage them from lending to low-income clients again.

The Banking Association of SA  issued a stern statement after the bill was adopted, warning that these consumers will in future struggle to get credit.

“BASA petitioned the President not to sign the Act in its current form and offered to meet with the Presidency to further detail our reasons. We did not receive a response to the petition.

“Banks cannot extend other people’s money as loans – for education and entrepreneurship – if they cannot be sure these loans can be repaid. By making provision for the arbitrarily expunging of debt, the Act effectively prevents banks from extending responsible credit, particularly to those in low-income households, who often need it most.”

It blamed the fact that many South Africans are indebted on the lack of economic reforms to create jobs, tackle poverty and ease inequality.“Instead, an Act is signed into law that puts South African’s savings, investment and access to credit at risk. The signing into law of the Act is a further example of the government acting in a way that continues to erode confidence in the SA economy.”

Other critics have expressed concerns that the NCR won’t have the resources to cope with helping millions of over-indebted people.

But government says its research shows that there is no other escape for many people trapped in debt. It  found that some debt counsellors are not keen to take on clients who earn less than R7,500 a month because they won’t earn enough from helping them. The debt administration process (for those who don’t qualify for debt review) costs debtors up to 12.5%  of the value of their debt repayments in administration costs, “making it an un-affordable mechanism for any consumer with a low income”.

“Without suitable alternative natural person insolvency measures available to over-indebted individuals especially in lower income groups, who are unable to afford these other measures, escaping the debt trap is an unbeatable challenge,” government found.

The importance and benefits of giving back to your community

You Should Be Saving, But You Are Not