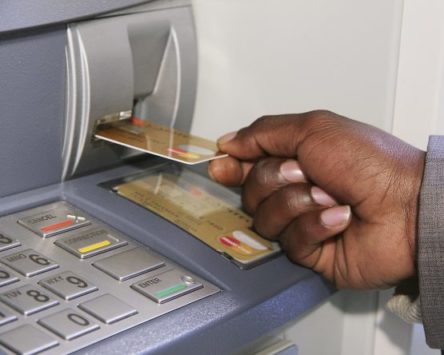 If you want to know the frustrations associated with being in debt, ask 27-year-old Muzi Mehlala (not his real name). He is over-indebted, despite the fact that he has been working for a financial administrator for the past seven years.

His salary has increased a couple of times, but he says it still doesn’t allow him to live a comfortable life.

“My salary is not enough,” he says. “I do not have the extra money lying around to buy most of my necessities.”

Clothing, furniture and cellphone accounts and a credit card are what he is a slave to.

With the interest he’s paying on the credit he has taken out, it’s no wonder he doesn’t have ‘extra money’ lying around.

He says that as a result he lives hand-to-mouth. By the end of the first week of the month most of his income is finished. He then depends on his credit card to pull him through the month.

Mehlala says he regrets the day he allowed himself to fall into the trap of credit providers.

“When I started taking credit I did not know much about credit and the impact it could have in the long term,” he says.

Mehlala is not alone. According to the National Credit Regulator (NCR), South Africans are over-indebted – and still clamouring for more credit.

Statistics released on Friday show the total value of new credit granted in 2019’s first quarter (Q1), increased by more than 5% to over R134 billion in Q2, says the NCR’s Ngoako Mabeba.

Mabeba says one million applications for new credit were made, with 55.44% turned down.

He adds that there are 25 million active credit consumers, and 10.23 million (40%) are behind on their payments.

“There is impairment on at least one of their accounts,” he says, adding that on average a consumer has three-and-a-half accounts.

“There are 80 million accounts in South Africa, with 21 million in arrears by three months or more.”

Mabeba adds that 12.7% have adverse listings against their names, while 5.1% of consumers have judgments and administration orders against them.

So why do consumers keep adding to their debt?

“Credit providers try and entice people who are not able to buy things to do so,” he says, adding that many South Africans feel pressured to ‘keep up with the Joneses’.

“In South Africa, there are advertisements for expenditure on all sorts of items such as durable goods and electronics. A large amount is being spent on cellphones and data, which was previously not an expenditure item in people’s lives. Somehow this is treated as a priority in people’s lives, even though they realise they can’t afford it,” says Jammine.

He adds that many find themselves in debt because they lack financial education.

“Unfortunately, many in South Africa are [financially] illiterate. They are enticed into these things because they think it is a way of uplifting their wellbeing – and they are not fully aware of the consequences because they are not spelled out to them.”

The slow economy is also contributing to consumer appetite for debt, says Jammine.

He says an over-indebted country eventually harms its economy.

“The consequence of indebted citizens on the economy is that eventually you have less buying power in the economy, and ultimately that results in declining economic growth generally.”

In short, you don’t get the economic recovery you need to return to the levels that existed before the downturn.

A 2019 financial reality survey by DebtSafe indicated that many of the 1 020 participants were indebted due to:

DebtSafe debt advisor Carla Oberholzer says 70% of the participants were females from metro cities, aged between 25 and 27.

“Most were single parents affected by the ‘failure to launch’ syndrome,” she says, explaining that they live with their parents and must look after their parents or grandparents as well, instead of focusing on their own responsibilities.

Oberholzer says the other big worries for the respondents is their income not keeping up with inflation, and not being able to save.

She says many of her clients find themselves stressed as a result of living above their means.

“What we have noticed with our clients is that they have rage and anxiety,” says Oberholzer.

She advises over-indebted consumers to start paying off their largest debt first. “It is very important that they clear their debt bit by bit, starting with the credit card with the highest instalment.

“Consumers also need to realise that paying off all their debt is not going to happen in one or two months. They need to be realistic.”

Helping Mom Out Of Debt